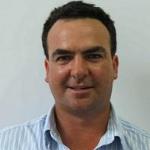 Chairman  Brad Bellinger: Oxley
Brad  jackaroo at Forbes, before attending Marcus Oldham Agricultural College, graduating in 1987. He  purchased a  property in northern Victoria in 1994. Here, he was involved with grain production, fat lambs, wool, and cattle trading. In 2001 he sold that property purchased a grazing property called Trevanna near Glen Innes in northern New South Wales. He has been continually dismayed at the increasing erosion of farmers’ rights over the past 20 years and although he participated in the farmer protests of 1985, which saw the formation of the NFF and associated state farming organisations, he has been disappointed in the effectiveness of these groups. He feels the mandatory introduction of NLIS is the final straw in a long list of government lead infringements on his rights to run his farm .
In November 2004, he was appointed as Vice Chairman of the Australian Beef Association. In this position, he will endeavour to campaign against legislation, which infringes upon his right to farm and the manner in which he raises and sells his livestock.
bradleybellinger2@gmail.com 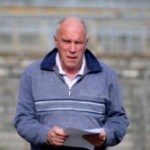 EXECUTIVE OFFICER
David Byard: Tasmania
David is a passionate advocate in the beef industry, former chair of the TFJ Meat Council, columnist in the Tas Country and has been involved in the red meat industry from gate to the plate.  Also has had interests in livestock as well as retail and wholesale meat supplies.
ausbeef@bigpond.com
DIRECTORS: Linda is an original Seed Funder of the ABA, and a member of the Steering Committee. She was originally the Membership Director, and forced MLA to become more open about producers claiming their membership rights. She held the position of Chairwoman of ABA from  2004 to 2006, and Vice Chairperson until 2011. Linda assisted in managing Hewitt Cattle Co, five commercial cattle properties in Central Queensland, as well as  Fairhaven Droughtmaster Stud. 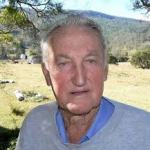 Vince  has a background in the fruit industry as a marketer  and  beef property manager in Kyogle. Strong advocate for a fair deal for producers  he said while the price paid to farmers was problematic, there was duplication in the peak bodies and that producers did not get value for the money they contributed. 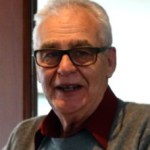 Damien was raised on a dairy farm in the Latrobe Valley, graduated in Medicine in 1968, and subsequently qualified in Neurosurgery, practising in Melbourne, Gippsland and Kentucky, U.S.A.  He has been overseeing the family farm for forty years and continues to run 100 head of beef cattle at Bairnsdale.