EYCI, Is it an Appropriate Measure???

Anybody quoting the Eastern Young Cattle Indicator (EYCI) as an indicator of the beef meat market is using a false measure for the true value of slaughter cattle.

And while restocker and live export cattle prices have been remaining high – and therefore affecting the prices quoted by the EYCI – the real prices being paid by processors are at least $1.20 less.   The amount of WRONG information on pricing being put out by MLA and media is concerning.

Is the ABC interested in the fact that they are party to giving wrong information?

We have no doubt as to the genuine wish by Kerry Lonergan and Landline to provide rural viewers with weekly figures, but do they wish to keep promulgating incorrect facts based on very skewered  research.  And the real question is:  how do we really compare to the US for prices and share of the retail dollar?

Both Landline and cattle producers need to call on MLA to cease offering this unbalanced information that plays directly into the hands of the processors.

Upon reading the breakdown of the EYCI by MLA, it is obvious the EYCI was designed to provide cattle futures participants, restockers, brokers and advisers with information on the prices received in different saleyards.

The report also advises that each pen of cattle is calculated using a 55% dressing percentage as the norm!   ‘Over the hooks’ trading involves much trimming and many discounts, so one  is lucky to get 52% dressing percentage rather than the figure used by MLA , which again is a relic of the past.

The simple fact is that processors have the processing of a carcass down to a fine art, finding numerous penalties and growing bolder with their trim.

We must remember that when the EYCI was first launched, saleyards would have been the place where most cattle transactions took place.   The simple fact is saleyards for prime cattle is becoming a thing of the past, and the biggest majority of prime cattle go direct to the processing works.

Back in 2006 the MLA advised the ACCC that the EYCI is not the most appropriate indicator of quality slaughter cattle, and that they actually impair calculations made in comparison with retail prices.   This again plays into the hands of the processors and the retailers.

Our industry needs to demand more professional, realistic indicators for our ‘fat’ cattle industry from a MLA Board that has received almost $3Billion in levy money since 1998…..almost $2Billion of which has come directly from grass cattle producers’ levies.

And there is a much more accurate indicator presented by the MLA, in 2006, to the ACCC.  From1998 to 2006 the MLA provided a quarterly Trade Steer V Heavy Steer Indicator which also shows the price for the Female kill.  This is what ABC Landline, the rural media programs and cattlemen should be referring to.  Where is that information MLA??

Producers can continue to sit back and watch as our terms of trade are eroded, and our trading information is mishandled, but they have only themselves to blame. 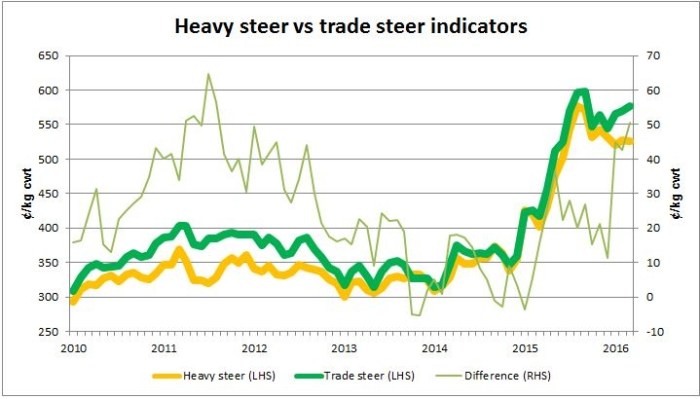 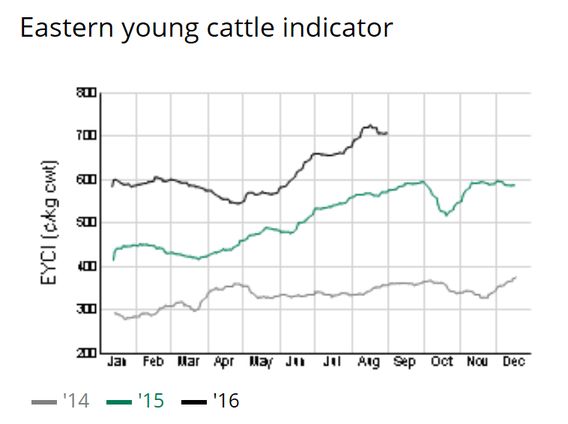