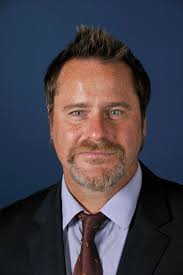 Recently the MLA and DPI appeared before a Senate Estimates Committee.

Sen. Whish Wilson from the greens was well-informed and asks some very interesting questions.

MLA has been very conscious of sustainability. Both MLA and MLA Donor Company had been working on a number of projects with the processing sector around reducing emissions and reports demonstrated omissions were down by 24% less in the report done some years ago.

Sen. WW: sustainability!? the industry revolves around providing income to the farming sector and supply reasonable prices to the consumer. That is the issue surely?

MLA: the committee is looking at environmental ethical, social and financial aspects of operations within the beef industry.

Sen. WW: you might be surprised to know that a Senate committee has worked very well together on a significant beef industry enquiry only recently. My question relates to recommendation 2. Enquiry into industry structure and systems governing levies on grass fed cattle.

Recommendation 2 was for the establishment of a cost-effective automated cattle transaction levy system. Could you give us an update on how you are going with that?

MLA: as instructed by industry we went out with a paper outlining alternatives. These alternatives were given back to the industry.

Sen. WW: can I ask you to clarify? When you say “with industry” who do you mean exactly?

Perhaps a producer could be entitled to ask what percentage of producers does a peak council, like CCA, represent; 5%?

Sen. WW: would it be fair to say that you have a low degree of confidence in being able to identify all eligible producers at this stage?

MLA: it is very difficult for us to do that, because we do not have access to the data.

Sen. WW: ultimately who should be responsible for the question of identifying eligible members?

MLA: the red meat industry has addressed this issue before. The initial cost back in 2006 was $1.2 million and the industry made the decision that they would stick with the current system and spend the money elsewhere.

Department of Primary Industry: we have privacy and other issues to deal with. I think you should have talked about these issues in committee. But the government is definitely intent on fixing the problem it is just a question of how best to do it.

Sen. WW: how many voting types were there at the last MLA AGM? How many votes could potentially be cast?

From my point of view, if we had 120,000 producers with a board selected by a chosen few (could it be possible selection panel have had support of senior MLA staff prior to voting?) and ratified by only 3.74% of voters.

Sen. WW: what is the average entitlement holding of those who voted at last year’s AGM? MLA to take on notice.

MLA: because of the sliding scale the top 200 levy payers could not be outvoted by the rest of the membership if they all voted.

Could this mean that a hand full of levy payers could control MLA and if they have processing interests?? Could this influence MLA thinking??

Sen. WW: who has the greatest voting entitlements in the MLA?

MLA: I think it is still the AA company.

Sen. WW: how many candidates stood for the last election and how many positions were available?

MLA: there were 91 applicants for the MLA board for three positions. Then the selection committee assessed those 91 applications and recommended the three new board members. Three positions! Three candidates! Democratic?!

There are a lot of people that get very upset with a Senate Estimates Committee poking into their business. However if there is nothing to hide it is a very good way of keeping people on the straight and narrow.