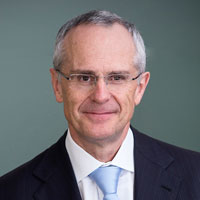 I read with interest as an investigation conducted by ACCC, into collusion in the nation saleyards, is nearing an end.

Mr Larkin from AMIC denied any knowledge of collusion in the sector in his 32 years in the industry. This seems consistent with the largest processors in the country, also telling the Senate that they have never heard of collusion in saleyards. It seems at least one that  processors admits that collusion is alive and well and has been that way the last hundred years and beyond .

Most producers who have bought livestock privately admit that they have had a chat to an acquaintance about leaving the pen they are interested in alone. One agent I spoke to has been in the industry for 30 years plus said he could write a book on collusion and intrigues that went with it. However he was quick to mention the fact that if he opened up on collusion he would not have a business.

As a young fellow 50 years ago I do remember being taken to the saleyards by the family butcher. This butcher was interested in a number of steers and it was obvious that the butcher from down the road was very keen on the same steers. It was quickly agreed that there was a number of steers in the pen that would suit both parties and there was little difference in 2 lots. The problem started when my butcher purchased the steers he wanted and then decided the others were too good to pass up, so he decided to break his agreement and bid for the other steers. The other butcher realising that he had been duped was quick to turn round and punch my butcher in the nose putting him on his well-rounded bottom. After all these years I can still picture the excitement that it caused.

The interesting part was in those days the saleyard started selling at 8.30 in the morning every Tuesday. Starting with calves, pigs, and then prime beef followed by lambs and went until late in the afternoon and then they sold mutton and cows on Wednesday, a thriving centre. Sometime after this we saw Coles and Woolworths enter the retail meat market. From the very start Coles decided that they would rather buy over the hooks and shunned the saleyard. Woolworth and processors followed suit and then we saw the downward spiral of independent butcher shops followed by saleyard closures.

Launceston, Tasmania then with a population of 50,000 people had over 100 butcher shops in the township and surrounding areas now only have 6 butcher shops, with most of these buying box meat. Processors operating in Tasmania made no secret of their dislike of saleyards and who would blame them. When people buy cattle across the scales you can trim and discount anything that doesn’t suit your needs. This left the saleyards as a clearinghouse for stock that may or may not be the best around.

The MLA still uses saleyards for a guide in pricing, which to me seems a little ironic as arguably the best stock and most fat stock is sold over the scales.  It is interesting to note that in 2007 the ACCC stated that several industry participants commented that the livestock in saleyards is often not the quality the ends up on supermarkets and butchers shelves. Now in 2015 is this a fair indicator of price??

I for one will be fascinated to see what the ACCC comes up with their investigation into Barnawatha saleyards. If I was a betting man I would put my money on the ACCC finding nothing untoward. When one looks at the ACCC enquiry in 2007, where information given by large supermarket chain was not checked and taken as fact, when even a half competent investigation would have been able to prove just how ridiculous some of the claims were.