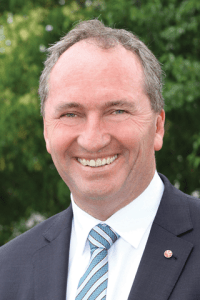 The Minister for Agriculture Barnaby Joyce has finally responded to the Senate Committee’s report into industry structures and systems governing levies on grass fed cattle.

When the Minister agreed to ask the Senate to hold this Inquiry, he made very clear he expected everybody to abide by the umpire’s (Senate’s) final decision. It seems that was to be everybody except the Minister himself.

After exhaustive consultation with industry groups around Australia the independent Senate Committee delivered seven recommendations, all of which the Minister has now bypassed.

The Senate received over 500 submissions (200+ individual and 200+ petitions) mostly in support of change.  Those producers who made submissions did so with the expectation that any recommendations made would be adopted.

Grass fed cattle producers pay their TOTAL levy of $62million into the MLA – which is more than 50% of MLA’s annual income (and after having also subsidised Animal Health Aust and the NRS).  Cattle producers get none of their own money paid into their Peak Council which is broke, and get no say over how that money is allocated.

In contrast processors and live shippers also pay a statutory levy, but their levy is passed directly to their own service provider (Peak Council) and they have a choice of how much they pay towards MLA.

Processors have pulled out of MLA R&D, saying it is a waste of money…producers cannot elect to do so, and are not allowed to, even though it is acknowledged that their levy is used to fund R&D for the processing industry e.g. robotics in processing plants.

The Peak body for the producers, Cattle Council, is broke, ineffectual and desperately needs a source of funding.  The response by the Minister was to tell us to raise our own funds to run our own organisation.

The Senate recommended identifying all producers so they can get a vote on what they actually wanted.  The Minister has had ample opportunity to put this action into place (it is known that all producers can be identified already!!)  And begin a positive reform to the grass fed cattle industry.

What we see now is multinational processors, and supermarkets having a huge say over what MLA does and where producer money is spent. There are also all those who are funded from within the MLA coffers who have fought tooth and nail to keep the status quo to ensure their own security….but if the grass fed industry continues to be treated as a second class industry, then it will die off and take everybody and every leeching organisation with it.

The whole thing points to a Minister who listened to the wrong people and did not listen to the facts as clearly as the Senate itself did!