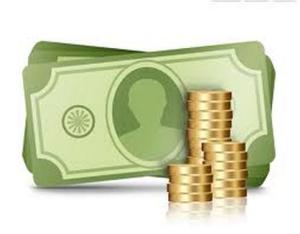 Roger Fletcher, the largest sheep processor in Australia, suggests that lamb producers’ interests would be better served if their peak marketing, research and service provider were aligned with the AWI.

Within the grass fed cattle industry, I think producers would also be much better served if they could receive and control their own marketing and research levies, and manage their service provider.   The levies, most producers feel, are not managed for their benefit, and offer very little ‘return on investment’.  I feel strongly that a Board that manages the grass fed cattle levy, and is voted for by the producers, will manage that money more effectively and efficiently and strive to return commercial value to the producers.

Just the same as the processors and other sections of the industry do.

This would simply mean that we would have a well-resourced and functioning producer body that had full control over cattle producers’ levies.  Producers do have the ability to establish a fully elected Board, accountable and transparent, working to ensure the profitability of the industry.   We should have a Board that can first ask the producers decide what R&D, marketing, and policies were needed within the industry and the amount of levies to be paid.

This doesn’t mean the end of MLA, as many like to suggest.  It just means it will be more efficient, and provide services exactly as each sector requires for their levy payers.   It means that MLA’s future will be secured with guarantees of funding into the future.

The reality is that MLA would become a service provider for all the sectors of the red meat industry – as it was originally designed to be!

MLA has stated that they will continue to be open and transparent as where all levies are invested!!

This confuses me…when did they start being open and transparent?   The fact is MLA has not been so, and cattle producers know that they have been paying for the marketing of beef for supermarkets and processors, with very little to no ‘return on investment’ coming back to producers.

Why?   Simply….because supply and demand determines the price of cattle.   Processor control through price and grading, supermarket’s dominance, drought, and the interruption to the live shipping, have all caused huge problems for beef producers…..and no amount of marketing or R&D can alter that fact.  Those problems themselves have to be managed to help the grass fed industry, not more ‘final product’ marketing and regulation coming down onto producers.

And those problems will not be attended to correctly by a MLA Board that is dancing to the tune of so many masters; very few of whom actually have any control over MLA’s decision making.

Perhaps if the beef herd had fallen by 50% over the last 10 years then beef could be bringing the same sort of prices lamb is bringing now.  The fall of some 10% in the herd has led to increased demand and a rise in price paid for cattle, but that 10% can be rebuilt very quickly in the national herd…..so where does that leave the producer?

MLA CEO Richard Norton attempts to make some telling points on the significant growth of the Australian sheep industry, and how this growth then demonstrates that the MLA model of marketing and R&D is relevant.

Norton says, “There are few industries that can report the scale of growth equal to the growth of the lamb industry over the last decade. The value of lamb has increased by $1.2 billion over this time”.

This is all true, however surely Mr Norton doesn’t think the MLA’s marketing is responsible for this growth?  The Australian sheep flock has reduced drastically, whilst the US has done the same, along with the improvements that farmers themselves have made, and the increased worldwide demand has forced the price rises.  Which therefore backs up the equation:   supply + demand rules the price paid for the commodity!!!

A wonderful example is the backyard BBQ on Australia Day.  Yes, lamb consumption goes through the roof – for a short period – and then drops back just as drastically.

MLA says invested more than $181 million in its total marketing and R&D programs in the last year.

These are great figures; however I’m not at all convinced that MLA has had much to do with the rise of fortune in the lamb industry. The fact is again:   supply + demand rules the price.  The other picture is that the consumption of lamb in Australia has decreased from 18kg down to a paltry 10kg per person, (due to the increase in price for some part!).

Beef fortunes have been almost as spectacular, with Australian consumption down from 38kg to 28.5kgs in the last 10 years.

The simple fact is the whole red meat structure is a mess and there is no accountability to grass fed levy payer who is paying the lion’s share of the funding of MLA.

With the ‘new structure’ meetings happening now, hopefully our industry, in the very near future, will achieve the wishes of the producers and secure the levies and our own industry Board.

Producers need no longer say “We can only hope”.

They now need to go to the website listed below and vote for this to happen.  We need to send our government the message, and we are asked regularly by government how many producers want this.

SHOW THEM by going to: www.cattlelevysenateinquiryinformation.com  and voting.