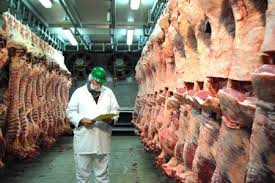 Report of a study of Aust-Meats business model and operations, commissioned by the Board of Directors of AustMeat Ltd.

The study and report was undertaken by Bruce Standen Ph.D. consulting economist.

The AusMeats initiated this independent study to ensure that the AusMeat business model and strategic plan continues to meet the needs of the two owners MLA and AMPC and the Australian red meat industry.

The study finds that there exists a high regard for AusMeat throughout all sectors of the red meat industry, government agencies it interfaces with, and beyond.

Stakeholders are often quick to point out difficulties they have experienced in their dealings with AusMeat. Very few of these things are fundamental or strategic issues of difference and almost without exception strongly support AusMeats existence and functions.

The first part of the report says an independent study suggests there is a high regard throughout all sections of the industry for AusMeat??  Anybody that says AusMeat is impartial should consider the available evidence very carefully.

Whilst all this is going on MLA through Dr Alex Ball have announced a White Paper project which will look at better ways of describing language and the divide between the processors and producers. He goes on to say there has been ongoing dissatisfaction amongst many producers regarding parts of the language that have become scientifically redundant such as the use of dentition, fat cover and butt shape.

Who could disagree with Dr Ball’s comments? Over the last decade and longer, how many millions of dollars have producers been penalised because of a butt shape which has been shown time and time again to have no bearing on the yield of the carcass. The simple fact is greed and a strong processing sector and a weak producer sector. A great example is the US where they have independent government graders doing all grading and they don’t trim channel fat and kidney fat, no wonder they get better dressing percentages. When I actually suggested this to a colleague he immediately said producers would pay for it one way or the other. My answer, the US producer is almost getting double what we get in Australia for our cattle and yet we still have the fox in charge of the henhouse.

The report by Dr Standen suggests that there is a willingness to engage with peak councils in the analysis for language and standard development, with less insistence on changing. Some look to AusMeat for more actively sponsoring standards and development. Support for mandatory AusMeat accreditation for export remains.

The original charter or purpose for Aus-MEAT is clearly expressed in the 1998 members’ agreement between MLA and AMPC setting up the company.

The purpose of the company is to:

A – Establish, maintain and develop the current objective description of the Australian meat and livestock industry-based approved quality assurance systems.

Also explicitly agreed is the establishment and composition of an AusMeats advisory committee.

Again according to the report into the business model and operations, peak councils and other stakeholders are satisfied with the current ownership which works well. ???

Though the authority is delegated to committees, particular language and standards committee which are well recognised and accepted (I wonder how many producers are forced to accept unjustified discounts aided and abetted by the AusMeats language). All the responsibility and legal liability rests with the AusMeats board. I can’t help but wonder if a group of producers actually took a class-action against the board how successful that would be.

The fact is there is high regard amongst processors for the way AusMeat conduct their audits of plant operations. If I was a processor I would be extremely happy with the present system which one could argue with some authority that the processors have the whip hand.

The simple answer is having cameras installed that follow any beast from slaughter through to the scales. This would ensure that any trimming before the scales was noted and leave no doubt about what actually happens and ensures integrity.