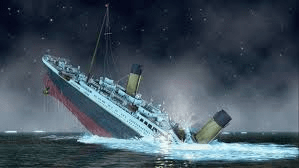 Following is part of the Senate submission by RMAC

perhaps this is why the ship is sinking…

(Which are not addressed elsewhere in the Report)

Q I             What impact will the new arrangements have on the commercial ‘bottom line’ of industry participants?

A               MLA can not, and should not, be held responsible for prices received or costs incurred by industry.  MLA can only assist and facilitate improved market performance.

Producer levies are expected to continue at around current levels for the time being.  They may increase or decrease in the future.  They will however be under the control and influence of producer members within the company they own.

Producer members will have enhanced voting rights and consequently more direct say and control over expenditure of their monies.  They will also have more say and accountability through their Peak Councils. There will be a higher level of accountability and improved measures of performance.  There will be improved communication between the company and members.

Monies spent will be better targeted and there will be improved efficiency through savings in administrative  costs and monies-spent being focussed at priority issues.

The new company will be forward looking and client focussed.

contribute to MLA’s operations through AMPC and Livecorp.  Their commitment

Processors and live exporters will, for the most part, conduct agreed projects with MLA through use of commercial contractual arrangements and through these, will have control of activities and performance.

A          Looked at in its entirety, it may appear so. However, each part has a logical and practical function and relationship, and each sectoral interest should be able to easily identify and follow those funding flows and activities of interest to them.

Q3        Who is in charge of deciding future levy amounts and will some of these monies accumulate as reserves?

Monies collected  will be utilised for projects  implemented by MLA and will not accumulate as reserves.  As a commercial  entity MLA should carry a prudent level of working capital, and no more.

A          Initially at least,  the building will form part of the reserves. Its future will be decided by      the funds  manager on the basis of the commercial  interests of the industry  and they may choose  to either hold, or divest ownership of the building.

Q5      Why are processors no longer required to pay for promotion  activities?

However, processors, the retail sector and butchers may decide to fund, under contract and separate from existing  arrangements, promotional activities on the domestic market and  overseas.

$80m.   There was also the clear expectation that contributions  from livestock exporters      and processors would be significantly reduced from the levels paid by these sectors under compulsory levies.  Actual  amounts spent by each sector  will be a matter for each sector to decide upon, having  regard to their minimumobligations under the Memorandum of Understanding.

A.LFA wiII have the responsibility for recommending levels of levies to the AGM to be voted  on by lot feeders.

A                 This  has been a complex  and detailed negotiation. Those involved had the responsibility to do the job properly.  There were no shortcuts as this could have cost the industry dearly in the future.  The last 12 months has involved: establishing five new companies under corporations law and Safemeat; preparation for the termination of AMLC, MRC and MIC; negotiation of the MOU; selection of Boards  of companies, CEO/MD’s; new staff arrangements; detailed  legal work; consultation with affected parties; management and transfer of ongoing functions; and negotiation of new levy and funding arrangement, to name  but a few.

Q9        How much has the transition cost and who will pay for those costs.

These  costs will be met from industry reserves.

Each  body in fulfi1ling their responsibilities as members of the meat reform Transition Team may incur costs up to the limit of $200,000. The costs incurred by MLA and other companies in meeting their obligations during  the transition

period  are also part of the transition  arrangements. There will be substantive legal and other consultants costs.   Costs will continue  to be incurred  up to 30 June

A           There  has been extensive consultation. In developing the policy for the new arrangements there was consultation with all parties,  over an extended period of

18 months. · During the transition there was also extensive consultation through

the structures of the Peak Councils. It would have been impractical to consult with all individuals in the industry on the enormous amount of detail  involved. The job would have become  impossible. Reliance  was placed  on industry  leaders.

Q11      Who participated in Meat Reform  Transition  Team  during its operations?

Minister for Primary Industries and Energy.

A         The marketing and promotion  functions of Meat & Livestock  Australia will be split along species  lines with separate and  independent  management operations to ensure accountability to levy payers.

There are many shared activities between  the cattle and sheep sectors which  will be handled through  other structures in MLA, dealing with issues such  as research and development, safety and hygiene, and market access.

The benefits to industry will be through  improved  efficiency  and costs savings, (ie elimination of ‘duplicate’ costs  of separate Boards,  staff, communications, accounting, legal etc)

Each sector will vote on their own  levies and be able to plan for and measure performance of the services  provided  to their sector.

A              No.  Annual generai  meetings  are held at considerable cost to industry, and there are no known current issues concerning these authorities that need to be resolved by levy payers.   Also, under the new arrangements there “‘willll be full transparencyanoJ  accountability· or.. •r.,e compru-.u’es to memo.ers.

A          Under  Corporations Law, MLA  is required  to hold an AGM within  1 8 months of it being  registered as a company and thereafter ·within 5 months  of the financial years end.

Q16·    What will be the standard  form of business at general meetings  held by MLA?

A          To discuss the company’s financial position and performance, to elect directors, to vote an levy motions: to elect the selection committee representatives for the

future director selection  process  and further responsibilities as consistent with the

Q16·    What will be the standard  form of business at general meetings  held by MLA?

A          To discuss the company’s financial position and performance, to elect directors, to vote an levy motions: to elect the selection committee representatives for the

future director selection  process  and further responsibilities as consistent with the