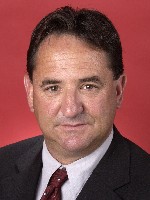 The ABA wishes to thank the RRAT Committee and staff along with the minister who called the senate inquiry.  The senate committee and staff have made a tremendous effort to come out and make recommendations on a truly complex issue.

The ABA hopes that these recommendations will lead to producers paying levies that they control and gain the benefit of. Unlike the present situation where producers are paying while other sectors of the industry get the benefit.

The committee recommends that a producer-owned body be established

by legislation. The body should have the authority to receive and disperse the research and development, as well as marketing component, of the cattle transaction levy funds. The producer-owned body should also be authorised to receive matching government research and development funds. Reforming the Cattle Council of Australia to achieve these outcomes should be examined as part of this process.

concerns regarding the imposition of the levy, the levy collection system, and how votes are allocated.

The committee acknowledges the concerns of grass-fed cattle levy payers

regarding the current levy collection system on which vote allocations are determined.

The committee takes the view that a transparent and automated levy collection system (which identifies levy payers against levy payments) should be introduced. The introduction of an automated system would allow for the rapid settlement of levy payment and timely transfer of levy revenue to the department. The system should be subject to regular independent auditing and verification. As this system would provide an accurate audit trail, levy payers should receive their voting entitlements automatically. The committee considers that the proposed system will go some way to addressing concerns regarding declining membership and participation.

In addition to re-engaging producers, in view of the fact that the

Commonwealth provided MLA with $176.3 million of R&D funding matched to industry levies from 2008–09 to 2012–12, a transparent and accountable levy system (which provides for the accurate recording of cattle transactions) should offer some assurance to the Australian Government and the tax payer that the government contribution to R&D is proportionate and commensurate.

automatic and audited levy collection and voter management system will contribute in a meaningful way to enabling producers to determine the investment of their levy funds.

The committee recommends the establishment of a cost-effective,

automated cattle transaction levy system. The system should identify levy payers against levies paid. The automated system should provide for more immediate settlement of levy fees paid and the allocation of voting entitlements. It should be subject to regular independent auditing and verification.

Imposition of the cattle transaction levy

The committee appreciates the merits of reviewing the cattle transaction levy,

particularly in light of evidence regarding the impact of the $5 flat fee (which applies regardless of the value of the animal sold). The possibility that multiple votes can be claimed for the same beast should also be addressed. The principle that should to be applied is that only the levy payer who benefits from the sale of a beast should receive the respective voting entitlements.

of the levy and strongly encourages the proposed producer-owned body to facilitate an investigation into the cost-benefit to industry of altering the flat fee to a more dynamic structure. If an alternate structure is identified, it should be discussed with, and proposed to, the levy payer members of the producer body in the first instance.

when the extent of vertical integration could not have been foreseen. The prevailing perception is that the current structure has enabled processors to gain disproportionate influence over the producer levy system, at the expense of grass-fed producers who pay the greatest proportion of the levy. Indeed, this matter, along with concerns regarding the ‘undemocratic’ nature of the MLA voting system, has contributed to the loss of trust in MLA expressed by many submitters.

realise opportunities for both the producer and processing sectors to engage in joint and complementary R&D activities. For these reasons, the committee recognises the need to separate producers from processors under the producer R&D and marketing structure. It upholds the view that processor-paid levies should be recognised as such under the levy management structure and directed to AMPC accordingly. Therefore, the committee recommends amendment to the Primary Industries (Excise) Levies Act 1999

The committee recommends that the Primary Industries (Excise) Levies

There were many concerns raised during the inquiry regarding the purpose

transaction levy would provide an opportunity to clear the air about levy revenue and expenditure while also providing a necessary factual foundation from which to discuss and initiate reform. Such an audit would provide a comprehensive overview of the cattle levy including its purpose, collection, investment and impact. An independent audit would also complement the committee’s other recommendations including the need for a transparent and fully audited levy collection system.

The committee recommends that the Australian National Audit Office

The committee recommends that the Australian National Audit Office

conduct an audit of the cattle transaction levy system, tracing the levy from inception and focusing on the revenue from, and expenditure of, the respective components of the levy.

which it was intended and should be dissolved. Alternative arrangements for the disbursement of earnings from the Red Meat Industry Reserve Fund need to be established by the Department of Agriculture in consultation with the industry.

The committee recommends that the Minister for Agriculture dissolve

the Red Meat Advisory Council. The committee further recommends that the Minister for Agriculture establish a new system to manage and disperse earnings from the Red Meat Industry Reserve Fund, in consultation with the industry.

current red meat structure that should be rectified. The committee supports the 2011 recommendations of the Productivity Commission which state that contributions made through donor company arrangements, by an individual private entity, should not be eligible for matching government funding. Furthermore, there are alternative avenues for private entities within the red meat industry to make contributions to R&D.

The committee recommends, therefore, that the MDC no longer be recognised

as an approved donor under section 61 of the Australian Meat and Live-stock Industry Act 1997. This amendment would bring the legislative landscape into line with current industry structures.

The committee recommends that the Minister for Agriculture revoke the

status of the MLA Donor Company as an approved donor under the Australian Meat and Live-stock Industry Act 1997.

Transparency in pricing and trade practices

The committee appreciates the concerns of producers regarding the need for

transparency in pricing and trade practices. It recognises the need for further investigation into mechanisms to provide for such transparency. To this end, the committee recommends that the Department of Agriculture, in consultation with the cattle industry, conduct an analysis of the pros, cons and costs of introducing legislation similar to that of the Packers and Stockyards Act 1921 and Livestock Mandatory Price Reporting Act 1999.

The committee recommends that the Department of Agriculture, in

consultation with the cattle industry, conduct an analysis of the benefits, costs and consequences of introducing legislation akin to the Packers and Stockyards Act 1921 and Livestock Mandatory Price Reporting Act 1999.