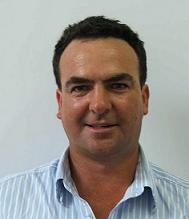 ABA held its very positive and forward-looking Roma meeting on Wednesday 10th July. Based on the potential restructure of Cattle Council, 150 people spoke to the issues, voted on resolutions, and generally commented on a constructive and worthwhile day.

Cattle Council is to be commended for turning up, presenting their position, and generally taking some heat on the day.

The ABA Board’s focus was that the meeting had to decide either ‘for’ or ‘against’ their 6 Points they felt were vital to the establishment for, and true representation of, the grassfed cattle producer in the proposed restructure.

However, producers must identify the problem before we can offer an answer.

As such, we had a number of people speaking. Brad Bellinger, Chairman of ABA; Jed Matz, CEO of Cattle Council; and Linda Hewitt all discussed the current structure and its failings, and the plans for restructure.

Norman Hunt, of Hunt Partners, a solicitor and advisor to the AMPG Group, and Rowell Walton (Rural Debt Roundtable working group), as well as John Niven (incoming Chairman of ABA); and David Byard (CEO of ABA) who all spoke on subjects that affected the profitability and viability of grassfed beef producers.

The need for reform

Proper reform of our in industry representative body is needed urgently. Even CCA agrees with that.  After all, it was CCA who moved the restructure at the MLA AGM in November 2011.

Under the current structure, ABA feels Cattle Council of Australia, the Peak Representative Body for grassfed producers, is failing the very industry it is supposed be helping.

The fundamental problems are:

1. a lack of any real accountability or democracy in either of the two most significant bodies – CCA and MLA;  and

(Just this morning on the Financial Review Panel on TV, Malcolm Turnbull said the fundamental problem with the failing and expensive NBN rollout is that NOT ONE PERSON ON THE BOARD OF NBN HAS EVER GOT THEIR HANDS DIRTY ACTUALLY IMPLEMENTING SUCH A SYSTEM ON THE GROUND!!)

We agree.  MLA, who does receive all the money, is not properly accountable to those grassfed cattle producers who ‘pay up’ the biggest slice of funding of $50- $60million of levies yearly.

Whilst it is nice to hear Cattle Council say they are going to reform themselves, it is simply not realistic to expect them to undertake the required restructure, and do themselves out of a job or position!!

In response to many comments from the floor of an ‘out of touch, untouchable’ Cattle Council, Chairman Andrew Ogilvie repeatedly said that producers already had democratic elections, thru the State Farm Organisation people who are voted onto CCA!!   The audience felt this was not factual, as SFOs only account for a small number of producer members, and not all the cattle representatives on CCA are actually cattle producers.

CCA, when designing their restructure, want the Minister to allow them to take .38c of the $5 transaction levy to keep them afloat financially.  At question time Cattle Council fielded questions as to why they did not want to manage the whole $5 levy. They suggested that the government would not agree to any such move, as it would be a form of ‘compulsory unionism’.

Is that not what we have already – paying levies and not being represented properly or effectively?   Surely the principal is the same if you take all or part of the levy!!

ABA is frustrated by CCA’s reluctance.  They are a 4-5 person office, supposedly advising and managing a national and international beef industry, but are willing to keep going to MLA ‘hat in hand’ for operating funds.   ABA suggested that in 10years time we will be doing this all over again as they run out of funds again.

CCA made no secret of the fact that they were undertaking service work from the MLA, which a lot of producers felt compromised their ability to exercise any control over the MLA.   CCA admitted that this caused problems as this income restricted them severely in using the money more effectively.

The meeting pointed out that CCA is run by State Farming Organisations (SFOs) who seem to have only one goal.  That is, to stay in control and simply use the ‘restructure’ as an opportunity to gain producers’ permission to simply collect more money, a refinancing deal.

Their restructure has an unworkable 25 people sitting on the Board (11 being SFOs), and suggested that beef producers must unite to accomplish reform.

During the Roma meeting, there was much discussion about what model the new grassfed representative body should look like, but ABA reminds all that we need to agree on a structure first.  The modelling would be what the taskforce reviews when redesigning the new Board.

ABA feels that the industry can ‘cherry pick’ the policies and management style that have worked in other rural service providers.  For example, AWI can identify all people who sell wool and pay levies, so automatic voting rights are applicable.

Despite having a $180m yearly budget, MLA still does not know who in Australia grows grassfed cattle, and how many producers there actually are.  They hide behind the ‘Privacy Rules’ excuse, but ABA says that if AWI, Pork, and Chicken producers can be identified to their Boards, why not all cattle producers?

In summary, most of the attendees to the meeting felt that change was not a luxury but a complete necessity.

Once these 6 Principles are the basis of the New Producers’ Board, then it can turn its attention to the myriad of concerns felt by grassfed cattle producers.

Producers believe they should have a say in the management of their levies; and feel they are not well represented in the current SFO managed structure.  It was felt that SFOs have an important role to play in the industry, supporting their producers’ ‘state based’ issues.

It was felt MLA should become the service provider that they are supposed to be, with direction from the New Board on how levies were to be spent on management, R&D and marketing.

Two facts to be considered by those discussing the restructure:

1.  The name ‘Cattle Council of Australia’ should probably stay, as costs (legal, regulatory, practical, and in international recognition) will cost the industry unnecessary money and time to implement.

2. Talk of shutting down MLA itself requires huge redirection of every other Peak Councils’ funding and R&D, whereas these changes should ensure that MLA does just become the service company it is supposed to be.  They should follow directions from each of the Peak Councils.

The meeting was very positive, with 98% of attendees saying the 6 point structure was very workable, and with both Agforce and CCA reps advising they could work within those frameworks.   The 150 people attending and voting gave us a good cross section of opinions.  Many spoke directly to, or about, Agforce and CCA’s performances or unaccountability, and supported the ABA move to advise what producers want to come about in the restructure

Both sides of politics will be closely watching our discussion/decisions about this move that producers are pushing, and we need to give them strong indications that we are united in our need for reform.

If you wish to join the ABA and support our efforts, then please use this link to access the necessary forms. http://austbeef.com.au/join-aba/